On July 12, 2022, William Clement Fritze, Jr. (Bill) left this earth to walk with Jesus surrounded by loved ones. He was born March 5, 1938 in St Paul, MN where he grew up. Because he was a PK (preacher’s kid), the family spent many years in the Stanton/Randolf area where Bill and his siblings would be part of the church service either singing, playing instruments or anything else that needed to be done. Bill also worked on a farm where he learned how to work and have fun at the same time. Perhaps more of the fun than the work.

Bill was an athlete and attended Harding High School in St Paul where he played football, basketball and was in the band. Upon graduation, he enrolled at Mankato State University where he obtained a degree in Physical Education. In Blooming Prairie, MN he married and got a job as a teacher and coach where he taught for 16 years. His teams were successful. He developed relationships that were based on the blood, sweat, and tears of competing and pushing those athletes to be the best that they could be. His belief was that it was not always what the athlete could do for the team, but sometimes its what the team can do for the athlete.

Bill was a dreamer and in 1978, moved his family to Park Rapids, MN to buy Isle O’ Dreams resort. His love of people shined through as well as his exuberance for entertaining. Bill was very good at coming up with new activities and was active in the Park Rapids Chamber. From singing around the campfire, calling bingo, waterski shows, volleyball, and putting contests, Bill was the ultimate host for people to relax and enjoy their vacations year after year.

In 1988, Bill purchased Hoot Owl Lodge where he would live and love life for the next 33 years continuing on the tradition of making Hoot Owl a destination place where everyone felt like family. He married Shirley (Wattenhofer) Felt in 1994 and together they built a vacation dream land. Bill loved when new people walked in the door and his motto was “Strangers are just family I haven’t met yet”. Countless summer workers called him “Dad” as he mentored and loved them as his own. Pulling water skiers, driving the tractor for hay rides, bingo and his true favorite, Orchestra week, kept Bill young at heart and loving life.

He loved people. All the world was his stage and his hospitality towards all was legendary. He loved with his whole heart and lit up whenever loved ones visited. It was one of his greatest joys to be with them. Getting calls and visits from those he called son, daughter, and grandchild meant the world to Bill.

Bill was preceded in death by his parents, William and Lois Anne Fritze, one sister, Margaret and daughter, Jennifer (Felt) Ellingson.

Heaven has gained a good one. 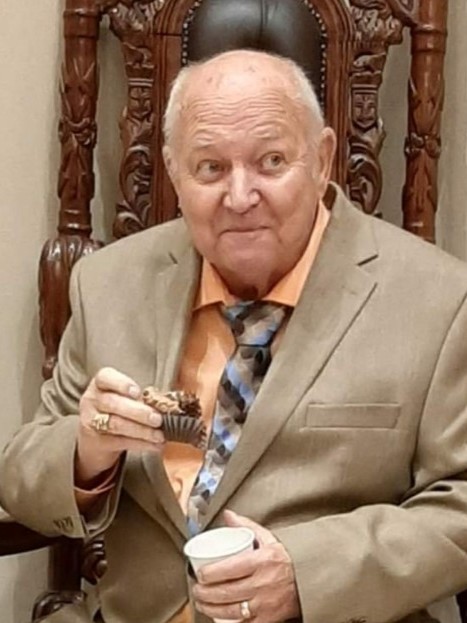