Sharlene Carol Jacobsen was born on January 7, 1953 at the San Marcos AFB in Texas -  the  1st child of proud parents Allan and Beverly (Franks) Pearson. Because of her Dad’s employment, she had the chance to move around quite a bit while growing up helping to develop a taste for travel. But even with all the moving the ties to the Park Rapids area drew the family back for regular visits. Shar graduated from Henry Sibley H.S. in 1971, and attended Mankato State College. It was here that she met the love of her life and husband of 48 years, Roland. After marriage on April 7, 1974, Shar & Rollie made their home in Northfield. Where she gracefully stepped into a role ion helping to run the Jacobsen Family Store. Here she blossomed with her love of fabrics and colors, enlarging the existing fabric department. She was a natural with people - she loved to chat and help folks plan out quilting and sewing projects. The store employees all were close to her heart and became extended family. In 1979, Shar and Rollie added a 4th generation to the Jacobsen Family Store with the birth of son, Dylan, a constant source of joy and pride. Shar had folks who provided, by example a love reading and thinking. She learned her sewing, cooking skills early on - activities that she so enjoyed for a lifetime. After the store closed, and a move to Park Rapids to live on some of the land that her grandparents had farmed along the Straight River… she found a new peace in her soul… Minnesota couldn’t hold her, she traveled much of the world, but was always happy to return to home. Shar will be dearly missed by her beloved fountain pen that was used to write countless “snail-mail” letters and cards.

Shar is preceded in death by her father Allan Pearson.

A celebration of Shar’s life will be held at a future date. If you’re moved to make a memorial - The Park Rapids Library, The Minnesota Conservation Volunteer or the American Cancer Society are suggested. 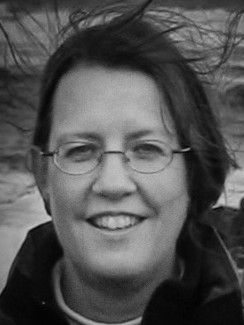