Pauline was born February 18, 1925 in La Harpe, IL, the fourth child of Ira and Blanche Bennett. When she was 3 years old, the family moved to Courtenay, ND and at 9 years old, they moved to the Wadena, MN area. There, she attended country school followed by high school, graduating in 1944.

In her later high school years, when her parents moved to the west coast to help family, she stayed behind and provided nanny services to the Brandt family. There, she met the love of her life, George Pachel, who worked as a truck driver for that same family. After graduating, she and George went to Everett, WA to visit her parents, and soon she was “Pauline the Riveter” in the Boeing Plant making military aircraft for the war effort during WWII, while George worked in another nearby Boeing plant.

After the war, they returned to MN, where she married George at Two Inlets, MN on July 15, 1946. They bought a small farmstead on the Hubbard/Becker County line NW of Park Rapids. Their union was blessed with 8 children. In addition to taking care of her home and family, Pauline routinely maintained a large garden, enjoyed writing poetry, singing, crocheting, making tiered birthday cakes, and loved working with farm animals, especially the dairy herd. She had a very strong faith, nurtured by a decades-long involvement with St Peter’s Catholic Church. In 1975, after their children were raised, she began a 25 year career in the dietary department of Heritage Living Center in Park Rapids. She retired in 2000, after having made many good and precious friendships with other staff.

Though she lost George on June 12, 1977, Pauline continued to live on the farm until late 2021, when she suffered a stroke and needed additional health care. She lived at St. Catherine North Nursing Home in Fargo until her death on October 16, 2022.

A mass of Christian Burial will be Monday October 24, 2022 at 11:00am, at St. Peter The Apostle Church, 305 5th St W, Park Rapids, with visitation an hour before. Interment will be at St. Peter’s Cemetery on S. Henrietta Ave in Park Rapids. A luncheon at the church will be provided. 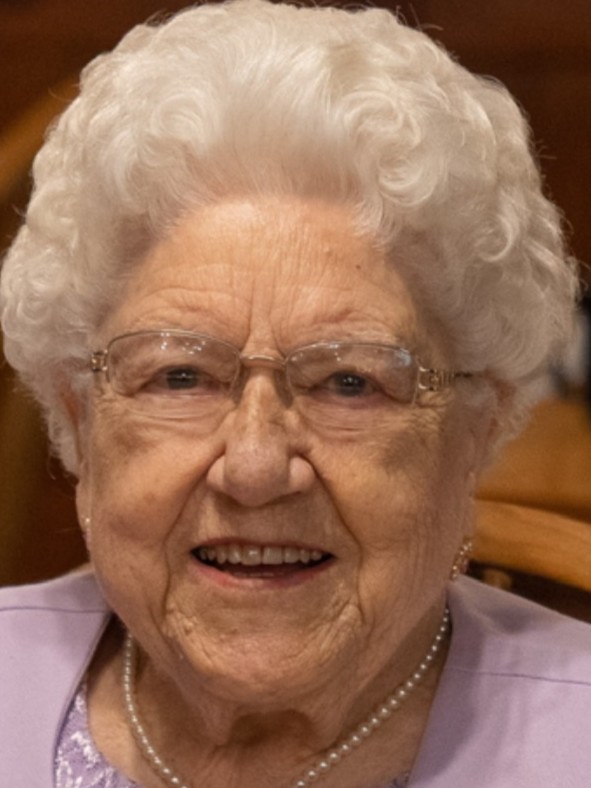