Norman G Lindahl, age 87, of Backus, MN, passed away Wednesday August 10, 2022, at Diamond Willow Assisted Living in Park Rapids. He was born on May 15, 1935, in Gary, IN, to Harry and Florence Lindahl. Norman grew up in Lake George, MN. While working for his dad he met the love of his life, Margaret, and they married on March 15, 1955.

Norman graduated from Laporte High school in 1953. He then joined the Air Force in 1955 and served for 3 years, after which he got his teaching degree at Bemidji State University, graduating in 1963. Norm taught history for much of his career at St. Cloud Technical High School, retiring in 1998.

Norm and Margaret moved frequently and finally settled in Saint Cloud until Norm retired and they moved to rural Backus to enjoy their retirement years.

Norman loved going for walks and spending all of his time with Margaret. They would always walk hand in hand.

A joint memorial gathering for both Norman and Margaret will be held from 2 to 4 PM on Tuesday, August 16, at Kline Funeral Home, Pine River, MN. 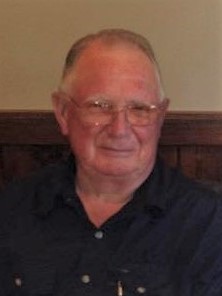