As the sun was rising over Sanibel Island Florida and an epic lightning storm started to fade, Marjorie Nordstrom passed away on December 21, 2021, at age 95. “Everywhere we’ve lived she directed the choir,” said Fred Nordstrom, dedicated husband of 71 years. “Many of us believe she’s in heaven now directing angel choirs.”

Marj’s colorful music career started in Hillsboro, Iowa, growing up on a farm singing while riding her pony to country school. She earned a Bachelor of Arts at the University of Iowa School of Music and went on to The Juilliard School in NYC. Broadway beckoned and she was offered a role in the 1950 revival of “Oklahoma.” Taking ownership of her path, she turned it down, and returned to Iowa to marry Fred. “It was the best decision of my life,” she often reminisced. “I accepted his fraternity pin in 1948 and we’ve been on an adventure ever since.”

A lifelong believer in the unifying power of music, Marj made it her mission to train musicians, directors, choirs, and community music leaders. As they moved across the country and to Buenos Aires, Argentina, following Fred’s career in the U.S. Army and Cargill, Inc., Marj had opportunities to direct and perform at home and abroad.

Locally, Marj is known for reshaping and energizing the music program at Hubbard United Methodist Church in Park Rapids; lighting up the stage at Long Lake Theater, most recently recreating the role of nun Robert Anne as a sassy saxophonist in Nunsense; and for many roles at the Northern Light Opera, most recently in Sound of Music. She and Fred supported community organizations including the Park Rapids Bicycle Club and the Palmer Lake Association. She is fondly remembered by many riding in the pontoon boat with Fred at sunset on Palmer Lake.

Marj is survived by Fred and her three children, Gloria (Stephen) Garrett of Sanibel, Florida; Lisa (George) McReddie of Rye, New York; and Neal (Tammy Thomas) Nordstrom of Beaufort, South Carolina; six grandchildren and their spouses and significant others; and three great grandchildren. Marj leaves behind many beloved family members, friends, and protégés. Her motto was “Accentuate the Positive, Eliminate the Negative.” Her parting words to all of us were “I love you.” 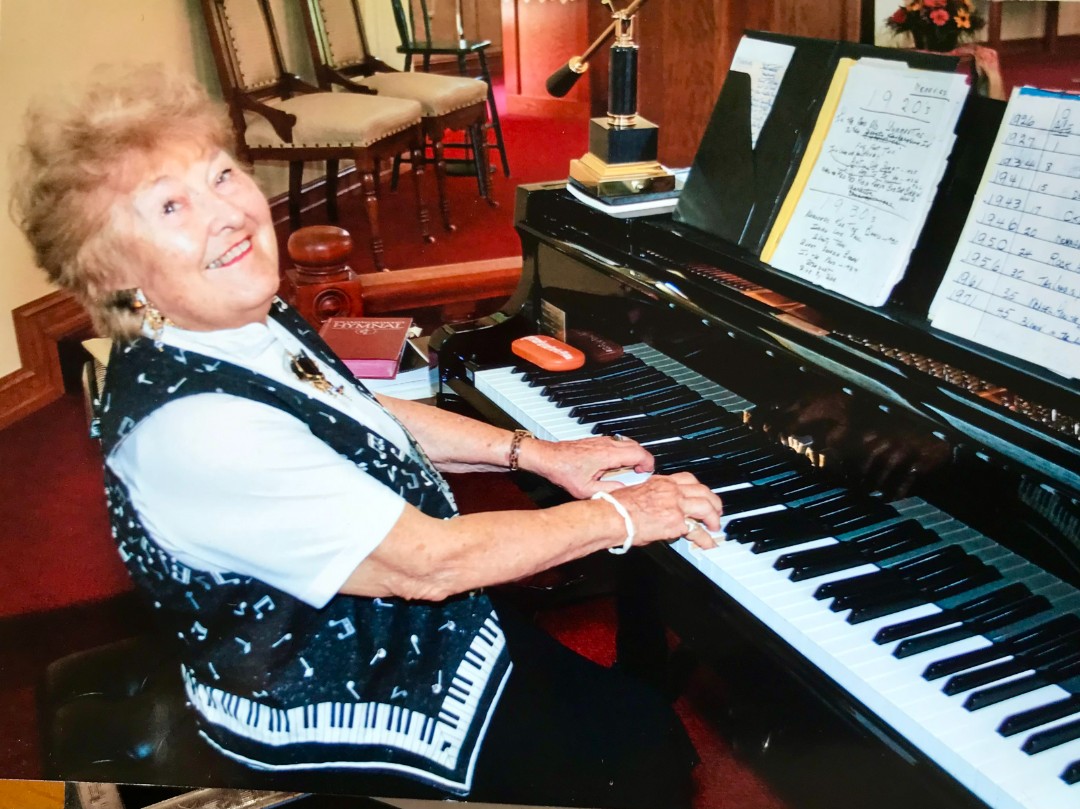