Eugene was born on December 12, 1933 in Prior Lake, MN, the son of Herman and Minnie (Sass) Blumberg. He grew up on the family farm near Prior Lake where he attended the local schools. Gene loved music and attended Traficante School of Music for accordion and played in Ray’s Concertina Band and later played in Florian’s Jolly Musician’s Band. He enlisted into the US Air Force in 1954, serving until his honorable discharge in 1957. He then enrolled at the Brown Institute of Electronics, graduated, and began working for Telex Communications, Inc.

He was united in marriage to Joan E. Petsinger on August 29, 1959 at St. John’s Catholic Church in Morton, MN. Their marriage was blessed with three children, Kelly, Kurt, and Keith.

Gene retired from Telex when he was 62. In 1979 he and Joan bought Lakeside Carpet and Island View Resort on Lake Belle Taine near Park Rapids, MN. In 1990 they sold the businesses, and in 2000 built a home in Dorset and retired for good.

Gene continued playing the accordion for different bands and soloed for many occasions.

Memorial Mass will be held on Wednesday, May 18, 2022 at 11:00 AM at the Our Lady of the Pines Catholic Church in Nevis, MN. A visitation will be from 5:00-7:00 PM on Tuesday, May 17, 2022 at the Cease Family Funeral Home in Nevis, MN. Visitation will also be held for one hour prior to the services at the church on Wednesday. Military Honors will be provided by the Star of the North Marine Corp League Honors Team. Interment will be held at the Woodland Catholic Cemetery near Nevis, MN after the services. 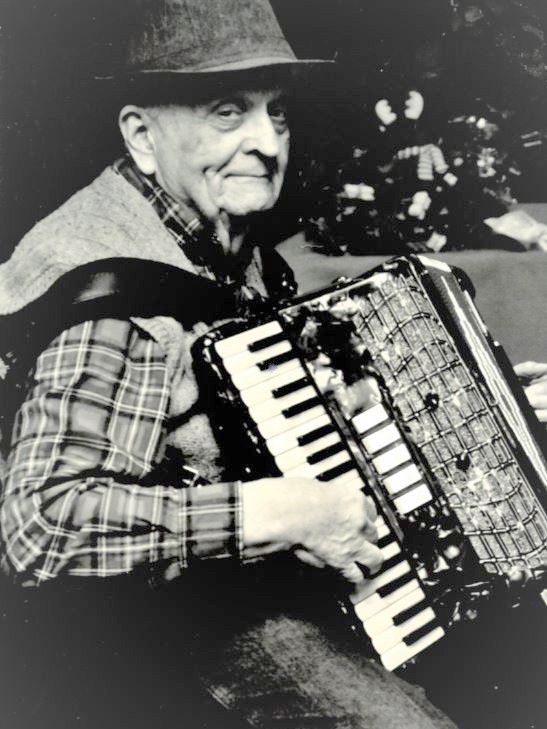