Christopher John Goplerud, 53 of Park Rapids, Minnesota, passed away peacefully to the Lord on Thursday, October 27, after a long battle with colon cancer, surrounded by his wife and children. Christopher was born on October 16th, 1969 to John and Sharon Goplerud in Osage, Iowa. Christopher was five months old when his family moved to Park Rapids, MN. His love of the outdoors began at a young age. Much of his childhood was spent on Potato Lake, or the Fishhook River.

Chris was a three sport athlete that graduated from Park Rapids Area High School in 1988. Upon graduation he enrolled at Concordia College in Moorhead, Minnesota. His sophomore year he transferred to St. Cloud State following his heart to be closer to his high school sweetheart DeeAnne, where he obtained his Bachelors Degree of Economics in 1992. He was united in marriage to DeeAnne Johanning on September 12, 1992 and recently celebrated their 30th wedding Anniversary. In December 1994 the couple was blessed with twin boys, Christopher and Kyle.

Chris’s career consisted of 27 years of furniture sales, the last 11 being successful owners of Beds Plus with his best friend, Tom Lamb. Upon selling Beds Plus he took a leap of faith and start focusing on the little things in life that made him happy. Chris’s hobbies consisted of hunting, fishing ,carving decoys, many years of softball, and quality time with his family and friends at their lake cabin on Little Sand.

In leau of flower donations may be made to Saint Jude’s Children’s Hospital or St. Joseph’s Hospice.

Funeral Services will be held on Friday, Nov. 4, 2022 at 11:00 AM at the Calvary Lutheran Church in Park Rapids, MN. Visitation will be held on Thursday, Nov. 3, 2022 from 4 until 7 PM at the Cease Family Funeral Home of Park Rapids, MN, and also for one hour prior to the services at the church on Friday. Interment will be held at the Hubbard Cemetery in Hubbard, MN. Friends may leave online condolences at ceasefuneralhome.com 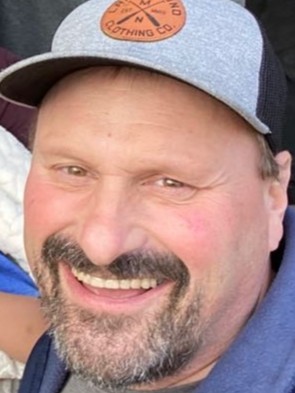