Cecilia (Hager) Parkos, family matriarch who delighted in gifts, received her best gift of eternal life in Heaven on January 22, 2023 with family by her side. She was 94.

As a woman who asserted her independence and was full of sparkle, Cecilia was appropriately born on the Fourth of July, at home in Selz, North Dakota, to John and Magdalena Hager. She was the third oldest of 12 children and dutifully helped raise her sisters and brothers and did the perpetual farm and kitchen chores. She attended country school through eighth grade then, in her late teens, worked in the kitchen and dining room at the N.D. School for the Deaf in Devils Lake. The missing years of schooling didn’t limit Cecilia in her adult life. She was a Proverbs 31 woman through and through, savvy and devoted in her ability to help provide for her family.

Cecilia met Donald Parkos at a barn dance. Several dances, movies and loops around the roller-skating rink later the two were married at St. Joseph’s Catholic Church in Devils Lake on June 14, 1949, which was the first year that National Flag Day was observed in Devils Lake. Cecilia and Don liked to believe that the flags lining the streets were waving in celebration of their marriage. Their union was blessed with six children. In 1962, following a hailstorm that devastated their farm in Crary, N.D., the family moved to a small farm south of Park Rapids, Minnesota where they raised beef cattle, oats, hay and corn, and milked a few cows.

With farm income not meeting the needs of a family of eight, despite a huge garden and a sewing machine on the kitchen table that whirred late into the night, Cecilia took on full-time employment in 1964 to help make ends meet. She excelled in working as a sewing machine operator and instructor for 18 years at Ringer Manufacturing, a garment factory that produced outerwear in Park Rapids. In 1982, she transitioned to another full-time job with Sunset Nursing Home, also in Park Rapids, working two years in the laundry and six years in dietary, until her retirement in 1990. Soon after retirement, Don and Cecilia sold their farm and moved to Pengilly, Minn. where they enjoyed taking many bus tours across the U.S., participating in church life, watching grandchildren’s sporting events, and having get-togethers with family.

It wasn’t a life of all work and no play. Cecilia enjoyed a good joke, baking (especially Sally Ann cookies), card games, engaging a house full of grandchildren for week-long summer camps and wedding dances. At family weddings, she was always the first one out on the dance floor coaxing others into the circle for the “Chicken Dance.”

Cecilia’s passion for using her sewing skills in her retirement years extended beyond colorful runners, quilts and potholders for family into quilts for church missions and wheelchair pockets for those who needed a helping hand. She also enjoyed many years participating in the “Gilly Girls” Red Hat Society in Pengilly, doing volunteer work at Leisure Hills Health Care Center in Hibbing, Minn., the nursing home where Don spent his final days, and leading groups of seniors in exercise using the Bone Builders curriculum. Her well-worn hands have been a testament to her strong work ethic and devotion to her family.

Following Don’s death in 2003, Cecilia moved first to Baxter, Minn. then Crosslake, Minn. Her last home was Green Pine Acres Nursing Home in Menahga, Minn. where she received exceptional care as the staff and her family, together, lovingly helped her navigate the changes brought on by dementia.

Cecilia is preceded in death by her beloved husband of 54 years, Don; her son, Donald Jr., who died in a car accident in 1979 and his son, Jason, who lost his battle with lung cancer in 2015; great-grandchildren Grant and Wyatt Parkos, twins who died shortly after birth; her parents; her mother- and father-in-law Frances and John Parkos; brothers Mike Hager and Jack Hager, sisters Irene Streifel, Bernice Bays, Agatha Baker, Elizabeth Jorgenson, and infant sisters Cecilia and Mary.

In preparing her memory book in 2000 Cecilia said that her understanding of God’s love is that it is “loving someone more than yourself.” It is this sacrificial love she modeled that will live on in the hearts of all who were blessed to know her. “Well done, good and faithful servant.” Matthew 25:21a

Funeral arrangements are entrusted to the Jones-Pearson Funeral Home, 608 Park Ave. S., Park Rapids. Visitation will be held from 5 to 8 p.m. on Friday, Jan. 27, at the funeral home with a Rosary at 7:30. Additional visitation will be one hour prior to the 11 a.m. mass of Christian burial on Sat., Jan. 28, at St. Peter the Apostle Catholic Church, 305 5th St. W., Park Rapids. Cecilia will be interred next to her husband at St. Peter the Apostle Catholic Cemetery in the spring.

In lieu of flowers, donations in Cecilia’s memory may be made in care of the family or directly to Apple Tree Dental for their mobile clinics that provide dental care to elderly and others who, if not for this essential service, may have to go without care (www.appletreedental.org/mission/give-now/), or the Greenwood Connections’ trust fund for the enhancement of activities for the enjoyment of Green Pine Acres Nursing Home residents (www.greenwoodconnections.com). 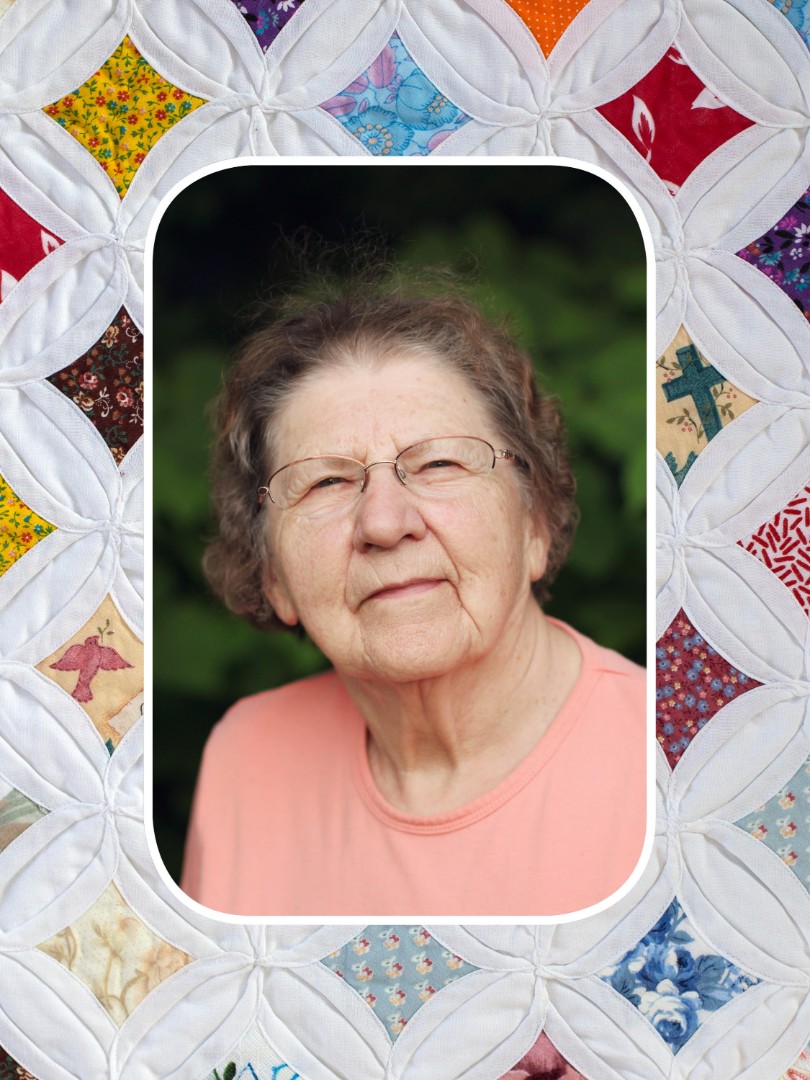