Carol was born on August 28, 1932, near Park Rapids, MN to Martin and Alma (Larson) Oxtra. She attended public school in Dorset through the 6th grade and then went on to high school in Park Rapids where she graduated with the class of 1950. Carol went on to attend Bemidji State College from where she graduated with a B.S. degree in elementary education. As a young woman, Carol ventured to Bertha, MN where she taught for two years and then went on to Detroit Lakes where she taught for one year. On August 21, 1955, Carol was united in marriage to Lloyd Schrum. This union was blessed with two children: Terri Lynn and Alan Lloyd. Carol taught for four years in Bemidji while Lloyd attended college. In 1959, they moved to Esko, MN where Terri was born. In 1960, she taught 2nd grade in Cloquet, MN. In 1961, Carol and Lloyd moved to New Brighton, MN where Alan was born in 1962. Carol resumed her career in teaching for over 25 years with the Fridley School District until her retirement in 1992. She was an active member at St. Phillips Lutheran Church in Fridley for many years where she was a Sunday school teacher and was also active in Women’s Circle and ALCW. Carol and Lloyd ventured north to Park Rapids in April of 1993, and built a new home on the farm where Carol grew up. Carol was an active member of Calvary Lutheran Church in Park Rapids where she was involved with Women’s Bible Study and Women’s Circle and later the Peace Lutheran Church near Nevis. She and Lloyd were also active with the Friendly Squares Square Dancers and the Antique Tractor & Engine Club. They also enjoyed tractor square dancing with their matching set of C Farmalls. Carol was also a member of the 4-Plus Homemakers Club. She was a voracious reader and will long be remembered for her warm smile and gracious hospitality. Carol enjoyed traveling with Lloyd on numerous trips throughout Europe, Asia and the United States. Above all, Carol devoted her life to her husband, children, grandchildren and great grandchildren who she loved with all her heart.

She will be lovingly be remembered by her husband, Lloyd of West Chester, Ohio; her daughter, Terri (Royce) Schultz of West Chester, Ohio; and her son, Alan (Cindy) Schrum of Moundsview, MN; two granddaughters: Brook Mae (Elliot) Wong of Lebanon, Ohio and Blythe Mae (Steven) Lovewell of Hopkinsville, KY; her precious great-granddaughter, Emma Mae Wong and dearly loved great­grandsons: Grant & Garrett Lovewell; her niece, Sharon Koskela and her nephew, Jerry Weaver. Carol was preceded in death by her parents. 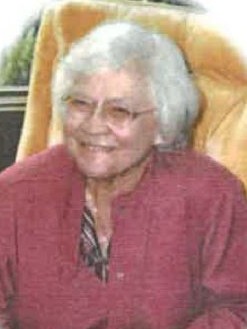